What Is ‘Article 16’ And Will It Affect My Shipments From NI To Scandinavia?

If you’re a UK manufacturer with a base in Northern Ireland and customers or suppliers in the EU, you’ve probably been scanning Brexit news for quite a while to keep tabs on developments that could impact your operations. Recently, ‘Article 16’ has been making headlines and creating confusion, especially for manufacturers and suppliers with export capabilities. Let’s clear up the confusion, at least in terms of UK (including NI) exports to Scandinavia.

Within the protocol, Article 16 works as a “disclaimer”, which allows either party to take unilateral action on the Northern Ireland status if the deal causes ‘persistent economic, social or environmental problems’.

The main concern surrounding Article 16 is that the trade deal between EU and UK could be void if the British government triggers it. This could obviously have serious implications for businesses who need to get their goods across EU borders.

Will Article 16 Affect Shipments Between Northern Ireland And Scandinavia?

The fact is that the trade deal that would allow UK manufacturers to continue operating in the common market is contingent on the specifics of the UK-Northern Ireland protocol. In theory, altering the conditions of one of the agreements could lead to retaliation from the other party, such as the imposition of tariffs or trade quotas on certain goods. As things stand, the worst-case scenario is that both the trade deal and the protocol are suspended but, despite posturing from London and Brussels, this is the last thing that either the UK or EU want to happen, so both sides will be trying hard to avoid it.

How Likely Is This To Happen?

According to the latest news, talks between the UK and the EU on this matter have experienced a change in tone, with the UK stating its willingness to find a consensual solution. Moreover, the European Commissioner for Ireland has stated in no uncertain terms that there’ll be no border, customs and standards checks in the island.

It’s also worth noting that Article 16 has been in the news as a possible scenario surrounded by “if” and “when” situations, so for now all scenarios are hypothetical and subject to speculation. Even assuming the UK triggers the Article, the effects wouldn’t be immediate, since the EU would need to give the UK 12 months’ notice of any action – and there could be further negotiations along the way.

If Article 16 is triggered, the goods most likely to be affected are agri-goods shipments from mainland GB and NI into the Republic of Ireland. Goods flowing the other way – from NI into mainland Europe or Scandinavia via Great Britain, are unlikely to be affected, unless the UK or EU governments decide to stoop to a ‘trade war’.

Keeping You Up To Date

At NTEX we’re closely monitoring these developments and their potential impact on shipping to Scandinavia. As with every development since Brexit, we can only hope that maturity and common sense prevail in all political discussions, and that the opinions of business owners are fully considered and respected.

Whatever happens, our freight services for Northern Ireland customers to Scandinavia are unlikely to be affected, for two reasons:

We will keep our customers informed about any changes. In the meantime, if you have any questions, please contact our team. 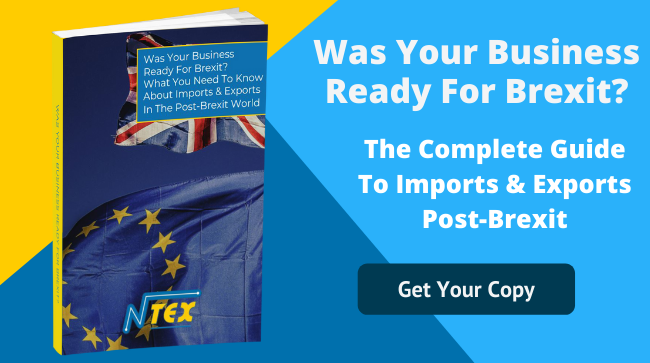